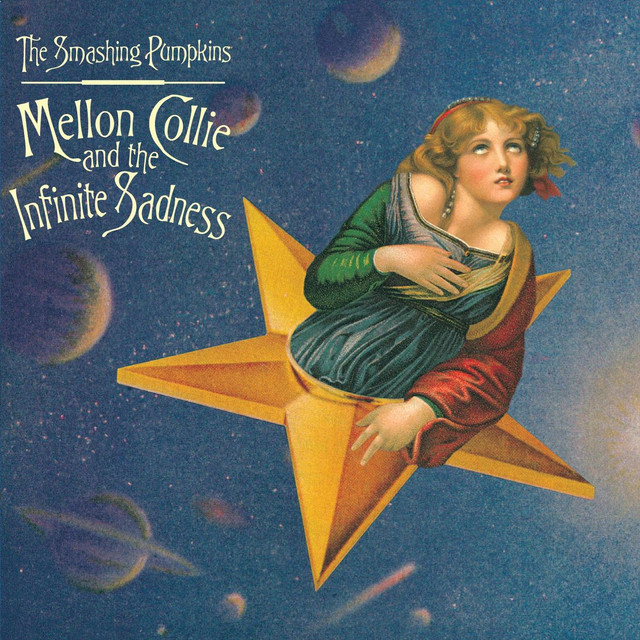 Where to start...Re: the band --> I was obsessed with the Pumpkins from the ages of ~12 to 19, and used to be my favorite band ever. They've gone all weird since then, but this album is a fucking masterpiece that also happens to go well with the rainy weather this week... It's their 3rd studio album released in 1996 (which also happened to lose Best Album grammy to f'ing "Waiting to Exhale" soundtrack, but I digress) and came out as a double disc with about 6 radio hits across both discs. It also had enough B-Sides to spin off into a standalone collection "The Aeroplane Flighs High", but that's a story for another time. My personal (non-radio) favorites (in order they appear on the albums) include: "Mellon Collie & The Infinite Sadness", "Here Is No Why", "Bodies", "Thru The Eyes of Ruby", "We Only Come Out At Night" and "Farewell And Goodnight", though really I don't want to skip ANY tracks.